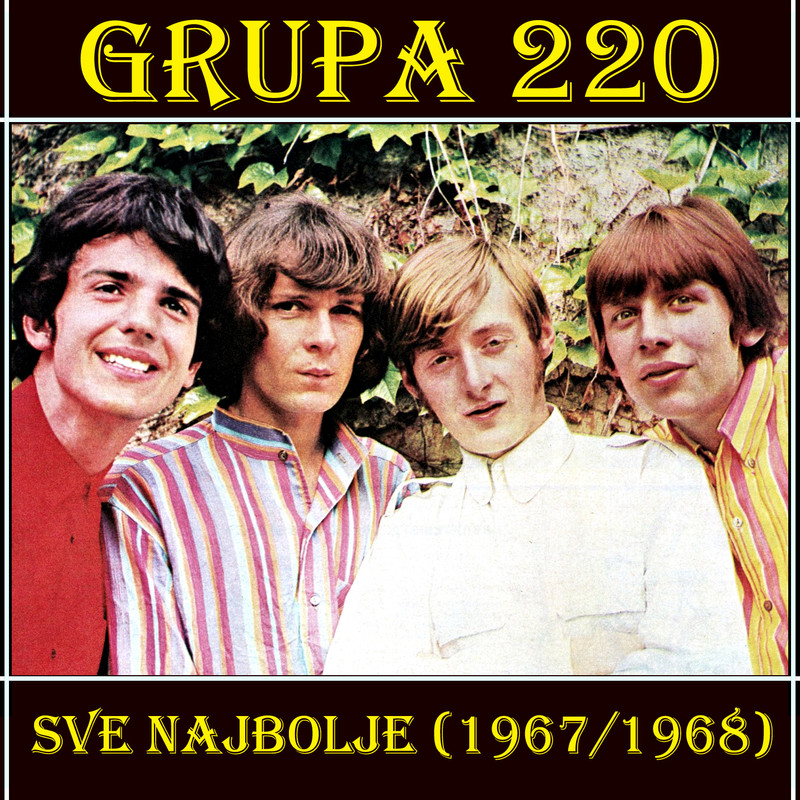 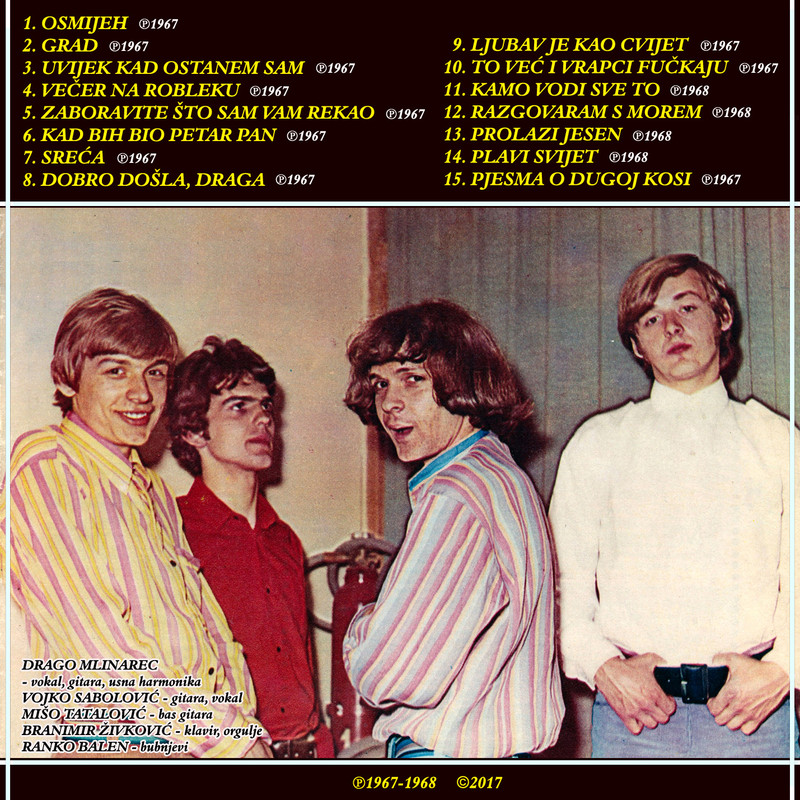 GRUPA 220 was formed in 1966, in Zagreb, Croatia (ex-Yugoslavia) with members of bands "Ehosi" and "Jutarnje zvijezde". They had their first gig in october the same year. In december they record their first song "Osmijeh" which becomes a big hit right away. Very soon they become one of the most popular bands in former Yugoslavia. Long hairs and "flower power" clothes attracted lot of young people. Flowers were the tickets for their concerts. In 1967 and 1968 Drago Mlinarec (vocal and guitar) composed music for two films "Protest" and "Tri sata ljubavi". They take part in "Zagreb 68" and "Split 68" festivals, and also first "Pop festival" in Zagreb. Grupa 220 released the first rock long play record in ex-Yugoslavia "Naši dani". They played as support band on the concerts of Marmelade, Status Quo and Mungo Jerry when they were touring ex Yugoslavia 1968. 1971 Drago Mlinarec leaves the band and goes solo. Grupa 220 continues to exist and record without him till 1975 when they split up. ( home.wanadoo.nl) 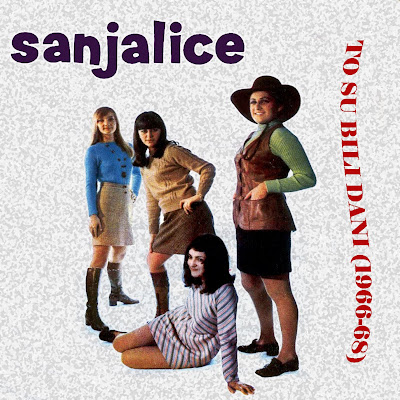 SANJA LICE  were one of, probably not many, girl bands in ex-Yugoslavia and probably the only girl band that released a record at that time. Sanjalice was formed in Beograd, Serbia,  in 1965. Their records are not that wild, but song "Bez reči" is one of the best girl 60s punk songs. They split up in 1969.
Pročitajte više

ZORAN   RAMBOSEK  was a pop singer from Beograd (Serbia) in former Yugoslavia. This is his first EP from 1965.
Pročitajte više 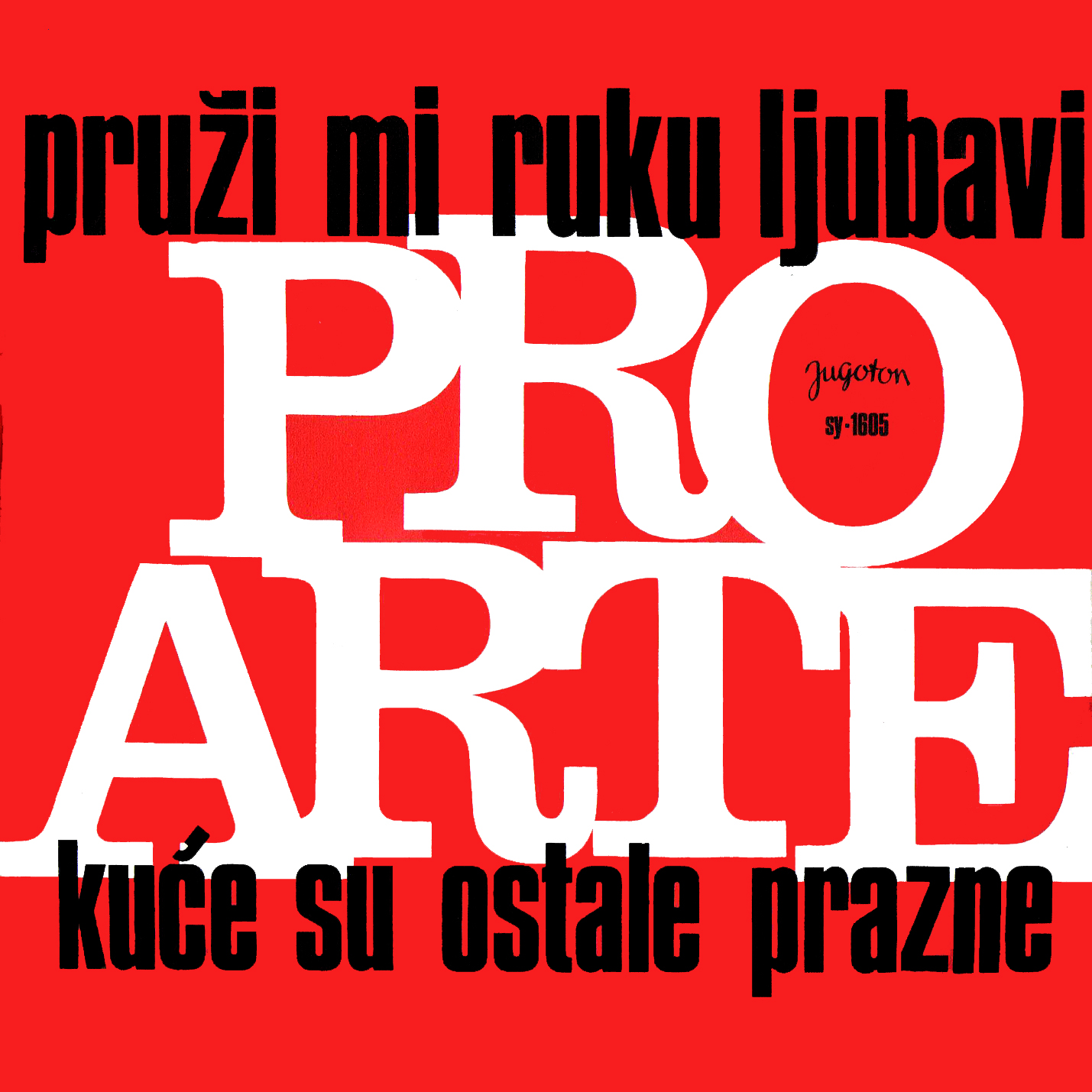 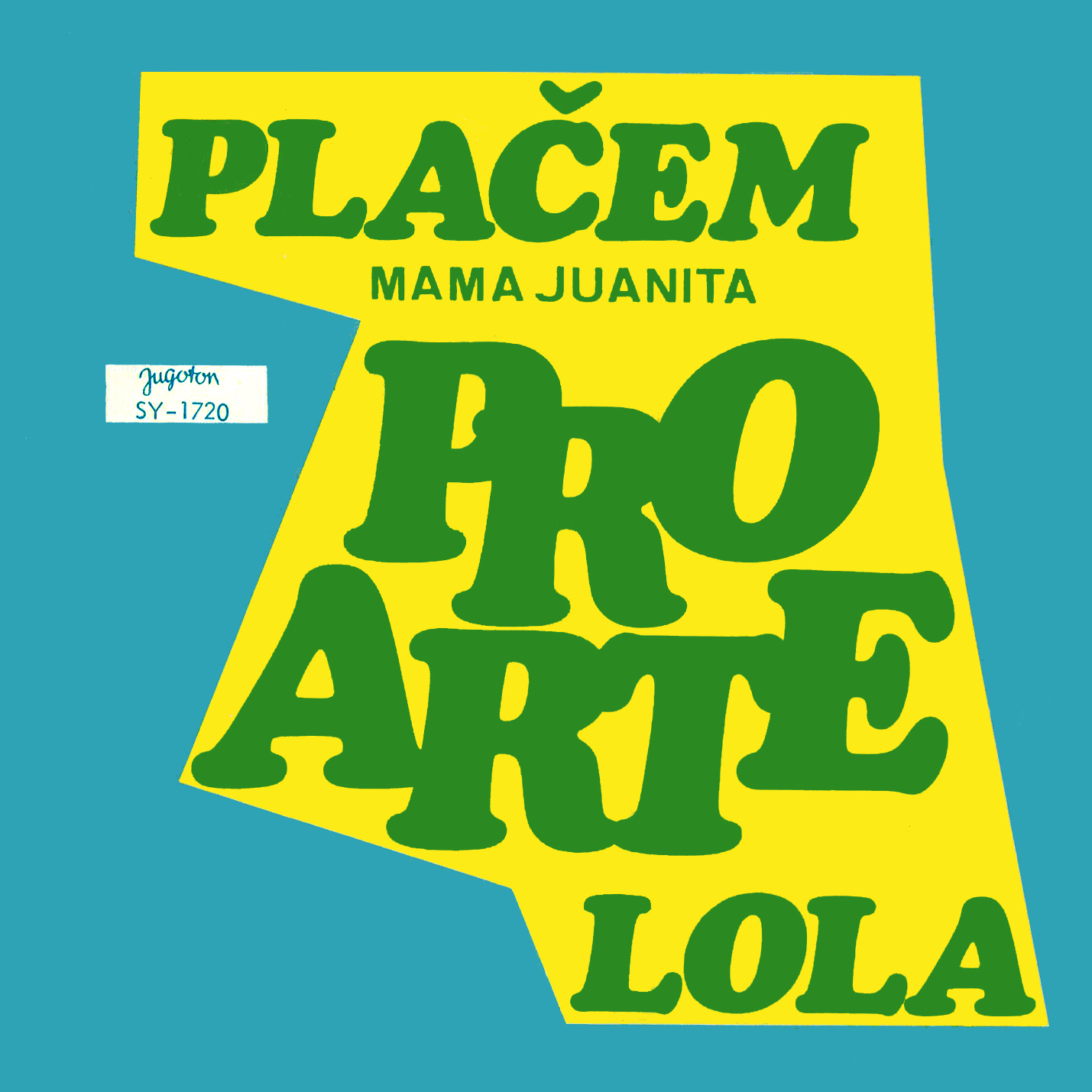 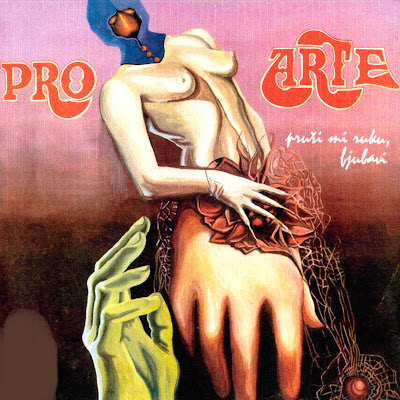 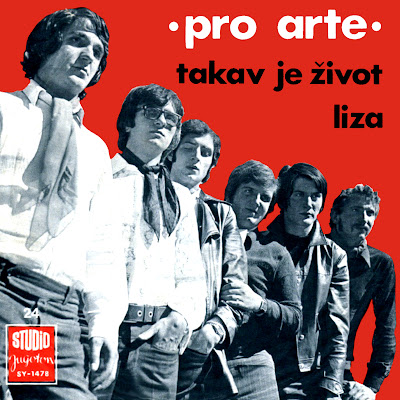 PRO   ARTE  is a pop rock band from Sarajevo, especially popular in the former Yugoslavia in the 1970s. The group was founded in 1967. The keyboardist and composer Đorđe Novković was the only constant in the band, through which passed some say as many as 100 musicians. Another constant of the band was their lead singer Vladimir Savčić Čobi, which is a part came after a number of earlier singers. It was only with him the band is experiencing its first successes. Đorđe Novković is also played with Indexi, since 1968. (replaced Kornelije Kovač who went to the Korni groupa) until the beginning of 1970 when it was replaced by Ranko Rihtman and he returned to the Pro Arte. This is their first single record from 1969. (from wikipedia)
Pročitajte više 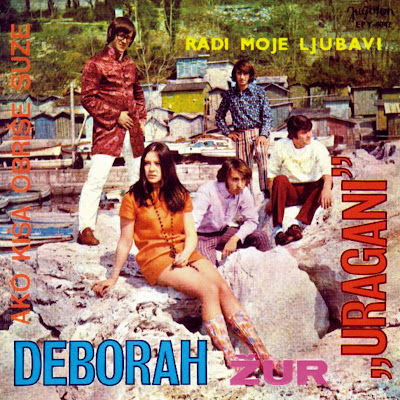 URA GANI  one and only one EP from 1968.
Pročitajte više

SAMO NIKLI  was formed in 1963, in Beograd, Serbia (ex-Yugoslavia) by four high school students. The band was named after a book of short stories by Slovenian writer Prežihov Voranc. Group members changed frequently in that early period, but by 1964 they stabilized in the following lineup: Marin Pečjak (vocals), Milan Pavlov (guitar), Marko Novaković (bass guitar), Bojan Drndić (rhythm guitar) and Vukašin Veljković (drums). Initially the band performed at school proms and college dance parties. The band covered rock hits, as well as traditional songs and 1930s and 1940s schlagers, while their own songs were mostly The Shadows-inspired instrumentals. In 1965 and 1966 they played regularly at dances at the Beograd University School of Technology and soon became widely popular. In 1966 they won first place at a country-wide Youth Festival of rock bands, which entitled them to represent their country at an international festival of youth orchestras in Hungary, which featured the best E
Pročitajte više 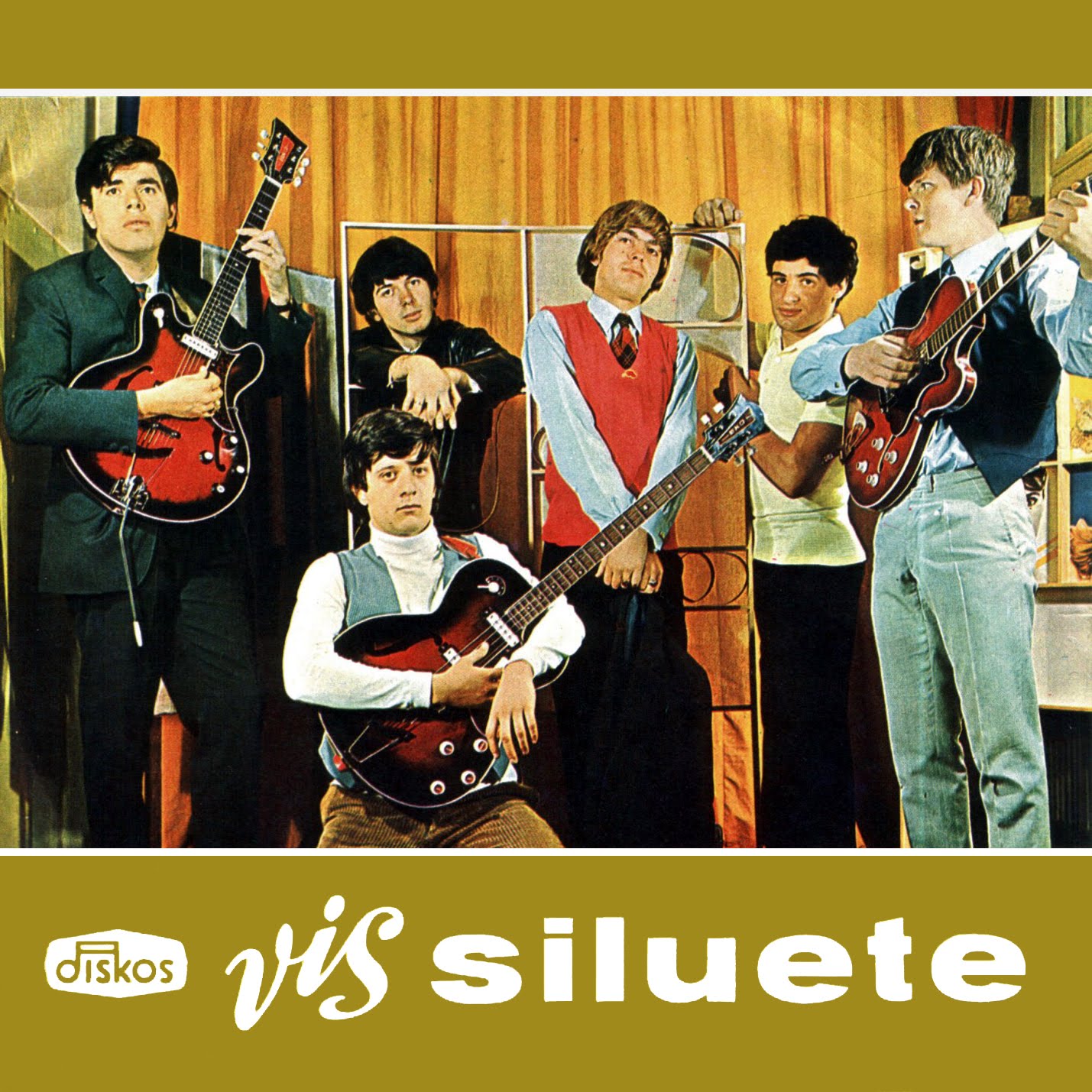